Economics deals with human activities, such as production, distribution and consumption of wealth. However mainstream economic theory has been driven by general physical concepts, like equilibrium, with the aim of providing scientific basis for its forecasts. Furthermore, economic data stem from the interaction of a large number of agents and therefore call for the tools and ideas of statistical physics.
In this course, some basic economic and financial concepts will be first introduced and discussed (no prerequisite is required), in particular the underlying hypothesis which constitute the cornerstones of modern financial theory. We will then investigate the modeling of financial markets from a physics perspective, by using empirical analysis and by comparing the real-life financial data properties with those predicted by models. From the evolution of stock prices as a random walk to the option pricing by the famous Black-Scholes model, the aim of this course is to discuss the validity of modern financial theory and to show to what extent statistical physics allows for a better understanding of financial markets.
Bibliography 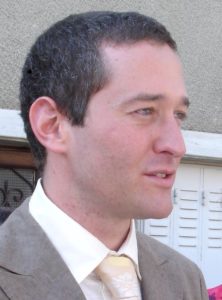