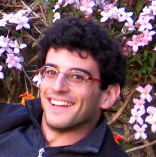 I attended the PCS master in the year 2006-2007. It was just after I made a one-year break in my learning of physics during which I prepared the French «agregation», a national teaching certification. The Master has been for me a great opportunity to refuel my passion for physics and to set foot in the world of research. Modern theoretical tools and topics in condensed-matter, soft-matter, and statistical physics were introduced to us by passionate researchers. One of them eventually became my PhD adviser! A couple of days after my defense at Universite Pierre et Marie Curie, I flew to the East Coast where I spent five years working as a postdoctoral researcher at Rutgers and Princeton. In 2015, I joined the Ecole Normale as a CNRS researcher.