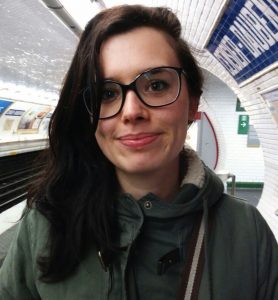 During the i-PCS master, I did a theoretical internship on quantum information in a Paris Diderot experimental group studying quantum optics. I was strongly impressed by their work so I decided to do a second master, an experimental one, the Laser-Optique-Matière (LOM) master. There I did an internship in quantum optics in the Kastler Brossel Laboratory in Paris. After that, from 2011 to 2014, I did a PhD under the supervision of Sylvain Gigan at the ENS Paris on the control and spatio-temporal focalisation of ultra-short lasers through complex media. I then found a postdoc in the optical imaging of diffusing media with application to biological tissues, in the Institut Langevin of ESPCI. I find this type of research very rich as it involves collaborations between physicists, biologists and physicians. I like to be useful in the public health domain.