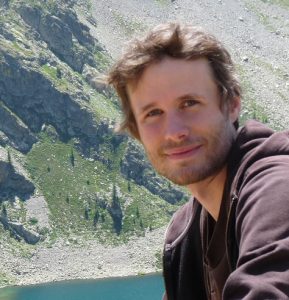 Because of my interest in morphogenesis and biological questions, to me the PCS master program was an opportunity to learn theoretical tools that can be relevant to soft matter and biological systems. After attending the program (2006/2007), I joined S. Douady’s group (MSC, Paris, FR) to study lung branching morphogenesis from a physics perspective (2008/2011). After my PhD I worked as a postdoc with B. Mauroy in a mathematics lab (LJAD, Nice, FR), first on the mechanics of branched organs, and then on the mechanics of primitive vascular patterning (2011/2013). In 2014 I joined a biology institute for a second postdoc, in the team of P-F. Lenne (IBDM, Marseille, FR), where I study cell and tissue mechanics of drosophila embryogenesis. Since 2015, I work there as a CNRS researcher.