Statistical field theory (SFT) applies ordinarily to systems close to a critical phase transition, where large-scale fluctuations are observed. However, soft matter (polymers, biological membranes, interfaces, liquid crystals, etc.) often exhibits strong thermal fluctuations because larges deformations have excitations energies close to kT. As the number of symmetries in nature is limited, these systems are described by the same SFT tools as critical systems. They thus exhibit critical exponents and scaling laws. For instance, the partition function of a self-avoiding walk or polymer is a path integral that can be mapped to an O(n) model in the replica n→0 limit and studied with the renormalization group techniques. Thus polymers share the same exponents as magnets. In the O(n) models, the field are vectors, but what if they become tensorial? We may use again our SFT skills and end up describing the liquid crystal ordering that lies within your computer screen. This is what physics is about: describing a large variety of phenomena with a limited number of concepts and tools.
Bibliography 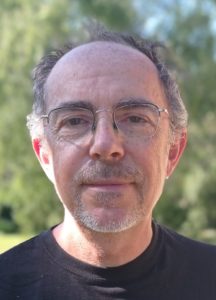